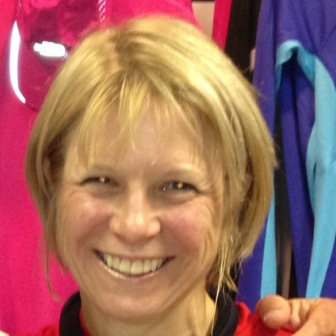 I began doing triathlons at the age of 42 in 2000, finding my way to the sport as a result of running injuries. Even though I came from a running background, as it turns out, running is my weakest part of the sport these days.

My first triathlon was the South County Triathlon. Even though I came in last in my age group, I loved it. My next triathlon was the short course at Lake St. Louis and I won secord or third place. I had never previously won anything in any sport in my life, so my little plack had me hooked. Since 2000, I have done well over 100 triathlons of all distances, including three Ironman and approximately 20 half Ironman races. I’ve also done about a dozen marathons and lots of half marathons. Over the last couple years, I’ve also participated in three adventure races.

A couple of the more challenging moments in triathlon were at the ITU Long Course event in Henderson. The swim was cancelled, resulting in a time trial start wherein the older women were the last to start the race. The terrain during the bike ride was as desolate as the moon. At one point I stopped at a port-a-pottie on the bike course and when I came out and for the next several miles, I thought that I was the last one on the course. Then when I headed out for the 18 mile run, I heard awards starting for the pros, and was totally demoralized. My favorite thing about triathlon is that its a life style, not an event, and it encompasses so much more than just the race – the training rides, the expots, the travel with friends, the after-race analysis of every nuance, etc. My best tip for newbies is to find balance. Don’t go crazy or you may burn out. And don’t worry about doing an Ironman when you have little kids at home. The time with them is more important and you’ll have time for long events later on.