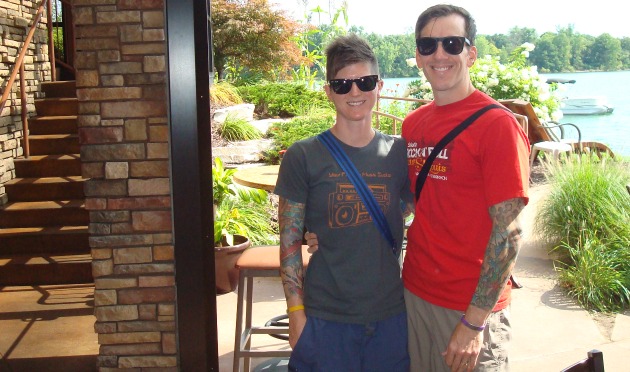 What does it take to be a competitor? When I think about who in our St. Louis Triathlon community lives and breathes the word “competitor”, but do so because they love the sport more than the competition, several triathletes come to mind, in particular — Meghan Taff and Michael Clarke. They work hard and play hard and yet their competitive spirit is so much more internal than most people’s external facade. Their drive is so personal and the results speak for themselves. And yet they are so humble in their swim, bike and run lifestyle that we had to showcase them as our first “Featured Couple Member Of The Month”.

“It is not up to me whether I win or lose. Ultimately, this might not be my day. And it is that philosophy towards sports, something that I really truly live by. I am emotional. I want to win. I am hungry. I am a competitor. I have that fire. But deep down, I truly enjoy the art of competing so much more than the result” — Apolo Ohno.

If you have spoken with these two love birds about anything triathlon, they embody the healthy competition between each other, with some elaborate teasing of course, that keeps them smiling and playful and enjoying life for what it is. Outside of the sport, they are warm and inviting and exemplify the balance between work and play. Both Meg and Mike grew up in St. Louis and are never shy about showing their absolute love and pride for their beloved St. Louis Cardinals. Meg is a Physical Therapist at PRORehab and Mike is an Application Architect for Sigma-Aldrich. They met online and have been together for almost 10 years of St. Louis marathons and married for over 5 years. They have one dog Hercules and one cat Tigerlilly together, along with family who live in the St. Louis area. Meg proudly says — “2 out of my 4 nieces are interested in tris (ages 12 and 10) and all 4 are on swim teams”. What great role models these kids have in Meg and Mike!

Meg was a swimmer in high school and joined the sport of triathlon in 2007 to keep her swimming competitively. She met Mike while he was training for the Chicago marathon in 2005 and that is what inspired her to start running. After a few races ranging from 5Ks to half marathons, she was hooked and the Vegas marathon, her first, was a particular favorite. Mike says he wasn’t a runner growing up, and in college he weight trained but didn’t focus on endurance racing at all. What got him into running was a deal he made with a friend at a bar to run the St. Louis half marathon and that started his passion for running. He completed that 13.1 mile race and the following year finished the 26.2 mile distance. Since then he has run several dozen half marathons and 5 full marathons. “Just something about finishing these things provide massive fulfillment and a feeling of achievement, especially when times improve. Since Meg is a fish, she got me back into the pool and between the two of us, we have a pretty good triathlon team”, says Mike. 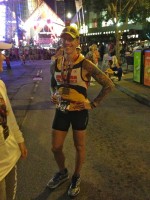 But success doesn’t come easy to these two, in fact it doesn’t come without sweat and endless hours of training they each put in each week, “When no one is watching” as Apolo Ohno says. Meg does a lot of base training in the off season – she strength trains, practices yoga and puts in base mileage for each discipline. Mike executes his training with tunnel vision because that intensity is needed to get the work done. Both agree that going to the gym isn’t a social hour, it is a means to an end, and being there means being away from home, and loved ones. For Meg, beating her previous times is what keeps her motivated and her advice is: “Learn as much as you can, read up on the sport, talk to veteran triathletes and get a coach”. Mike’s recommendation to beginners: “Keep a level head and do not take any one person’s or group’s opinion to dictate your training. Everyone has their own style, comfort level, injuries and so on. Meghan and I rarely train together, our plans are very different. She likes to have a spelled out long term plan, whereas I prefer to modify it by feel with some longer term goals in planning for a race”. They both train with coach Sarah Cogan at Sports Medicine and Training Center, who caters their plans individually. Meg says: ” Whenever you see her, you always leave with a great mindset. She is very positive and motivating”. Individually, they are different athletes says Mike: ” Meg is all slow twitch and can go long and consistent. I am the opposite and prefer the shorter harder efforts”. Mike also tracks every workout, so much so that he can tell you what he did on this day 8 years ago. Meg and Mike are resident foodies and they train a lot because they love to eat good food. They specifically seek out active vacations, like cycling in South Africa, where they can exercise in massive amounts and take in everything the location has to offer and not worry about the calories. 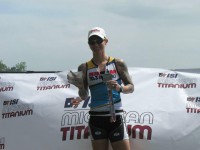 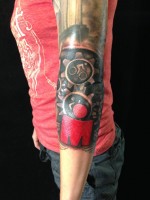 As you can see by know, Meg and Mike love to compete, not only with participants racing but also with each other. Mike says, “It seems that our equilibrium is between the Olympic and Half iron distances. The swim is short enough that she isn’t too far ahead of me and I can try to catch up. I have been closing in on the gap in our yearly effort at Lake Carlyle, so I’m crossing my fingers. Any longer and I don’t have much chance of catching up. Kind of fun competition though”. Keep that fire burning Meg and Mike. Thank you for pushing us to be better competitors and setting our minds to beat our own goals first before thinking about racing other participants.