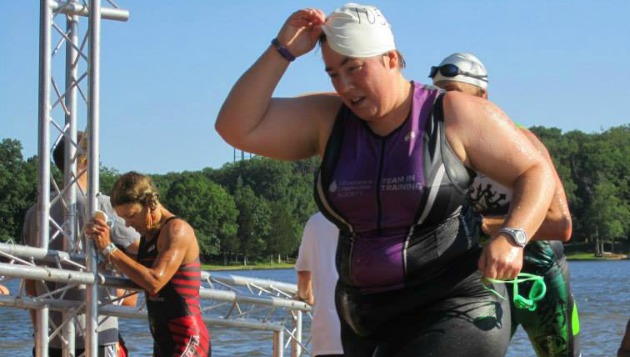 Not too long before I interviewed our Featured Athlete for this month, Sharon Silverman, I happened to run across some words written by Leah Gilbert, an Australian plus-sized endurance athlete and founder of Body Positive: “I think there comes a time when you need to make peace with yourself before you progress and realize your true power, both physically and mentally.  The work that your body does for you day in, day out to keep you alive let alone allow you to perform in a sport is something that should be always appreciated and never suffer the disrespect of ‘comparison’.”  These words aptly fit the spirit of Sharon, who is not only a newer athlete to the sport of triathlon, but she is an amazing individual who recognizes the power and strength of what her body can do and, like Gilbert, works to help expand the definition of what a triathlete might look like.

Born and raised on Staten Island, New York, Sharon spent the early part of her adulthood in upstate New York and in Edison, New Jersey.  In 2009, Sharon met her husband Ken and the couple eventually moved to St. Peter’s in January 2013 for his job.  Sharon and Ken are raising four “kids” – cats Thor and Loki and pups Angel (a retired greyhound) and Bae (a silly Beagle who has been her faithful running partner!).  And there are other animals that Sharon loves – horses!  She has an AAS in Equine Studies (how cool is that?!) and started riding horses for a living.  A life-long bike rider, Sharon started to get serious with biking when she trained for her first two century rides (in both 2014 and 2015 she completed the super hilly Tour de Bass in Springfield, MO!). She also completed a few 5Ks before moving to Missouri but in terms of triathlons, she worked with Team in Training 2013-2014 and successfully completed 5 sprint triathlons as well as the Innsbrook Octomax in 2014 (and we all know how hilly that course is!).  Because she wanted more support in the sport, she decided to join the St Louis Triathlon Club in the summer of 2014: “The club offered me a chance to learn from the valuable mentoring sessions, group training, and so many accomplished triathletes and coaches.  And, of course, the selling point for me was the club is full of a whole bunch of amazingly friendly and supportive people!” 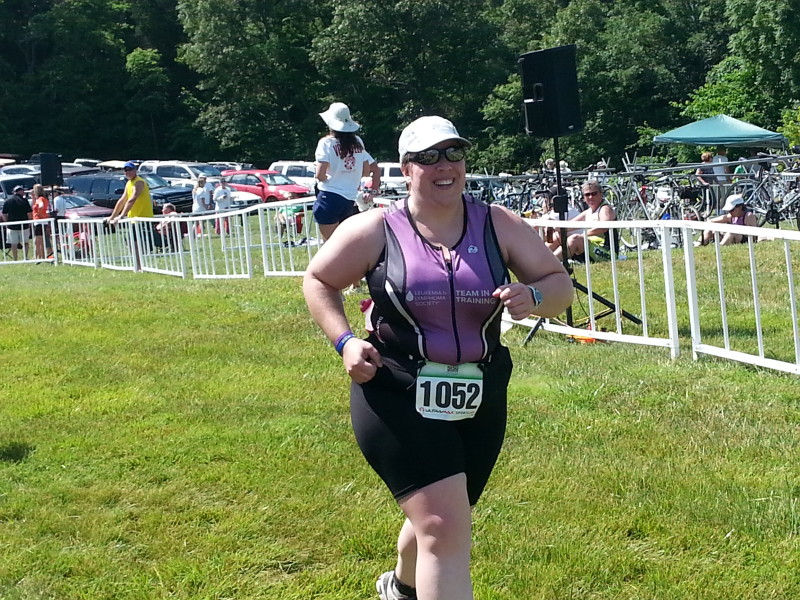 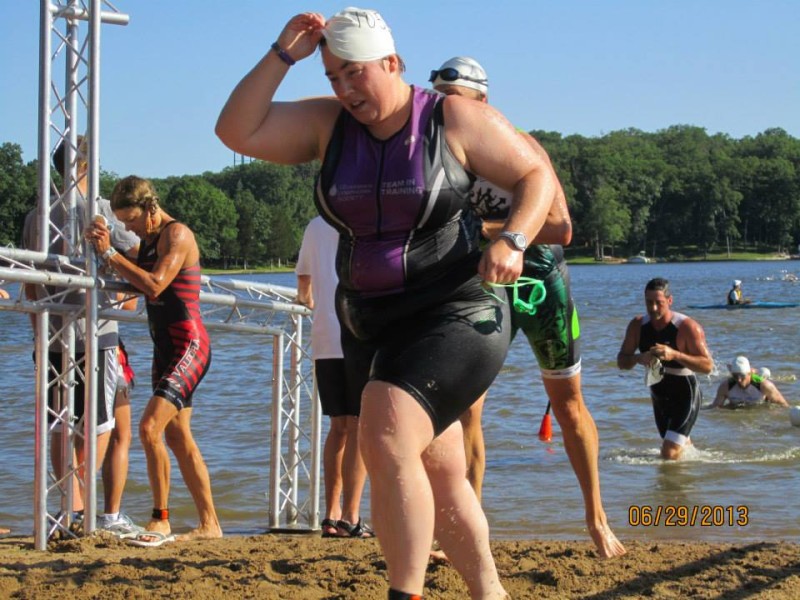 And one of those folks is her coach, Jennifer Meyer of Tri Smart.  Even though she worked with some great coaching staff in her time with Team in Training, she believes that even just the short time that she has worked with Jennifer has shown improvements in her performance: “After working with Jennifer, I feel like I can finally call myself a swimmer.  And my running has improved tremendously.  I think working with a coach is invaluable.  Even if it’s just for short time, it can help hone your skills.”  Sharon is currently working with Jennifer to help her with several upcoming events:  The St Peter’s Rookies and Rockstars in April, the St Louis Triathlon in May, and the New Town Triathlon in July.  She is even considering the idea of taking on her first Olympic distance event!

So what does Sharon do when she is not training or racing? Some of you may know the answer to this if you were lucky enough to buy one of her popular custom crochet helmet covers from her this past winter. Her Facebook page, AngelHart Crafts, showcases her work (www.facebook.com/angelhartcrafts).  She is building her own small craft business and creates her own designs, most of which are related to biking. Free time is also spent hanging out with her husband and awesome pets as well as checking out the most recent Marvel comics and movies. 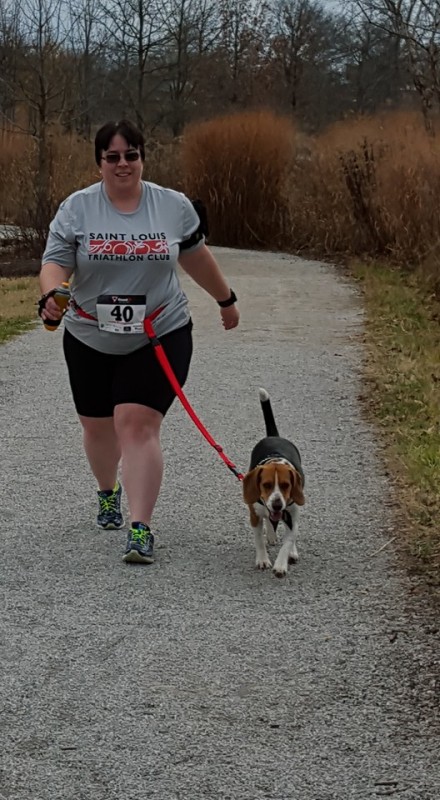 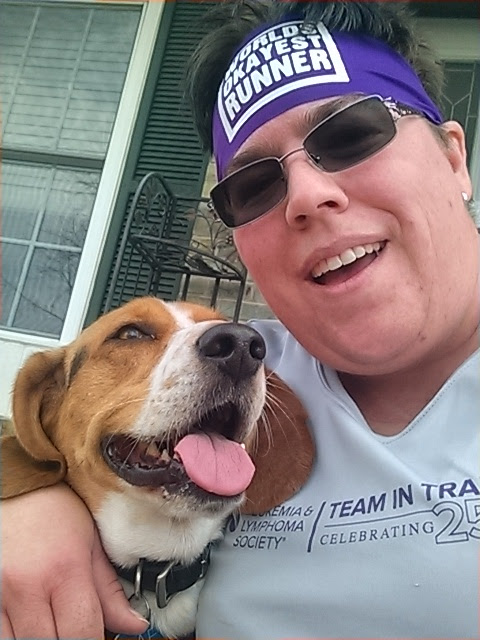 I see Sharon as someone who has, like Leah Gilbert noted, realized her true powers “both physically and mentally.”  She doesn’t let body issues dominate her thinking – or her desire to exceed in all that she does.  Not only is she a fierce competitor but she is creative and passionate.  As someone who sometimes struggles with my body in spandex, I admire Sharon’s ability to respect her body and her mind.  She notes that she finds nothing but support from folks in our club and perhaps we can work together to change the definition of what it means to “look like” a triathlete.  Sharon ended our interview by noting that “The St Louis Triathlon Club is amazing in that it is very inclusive of every athlete who comes in the sport and the club.”

Be sure to say hello to Sharon when you cross paths with her!