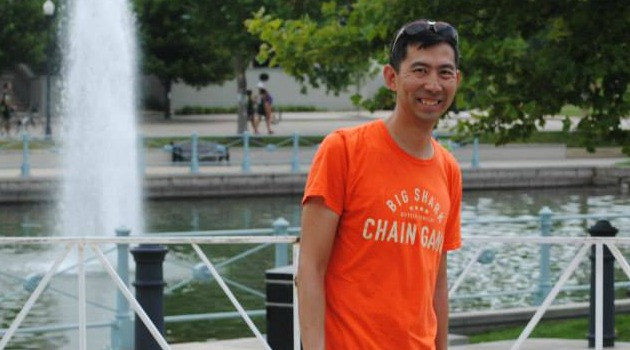 A few years ago, I talked my husband, Jim, into competing with me as teammates in the Highland Memorial Day Biathlon and I ended up sitting near the finish line after completing the run, waiting for Jim to come back on his bike.  As I waited for Jim to return, Irwin Tani joined me on the grass since he had already finished the event.  I knew Irwin because we were neighbors in the same downtown building but this was the first time we “really” talked.  I don’t know if Irwin remembers it or not, but that was the moment I fell in love with multi-sport events.  His enthusiasm about multi-sport events was infectious.  Not only did he keep me distracted in not worrying about Jim out “there” on his bike, but I learned about this “thing” called a “triathlon” and that there were even clubs where people supported each other while learning about the sport.

The St Louis Triathlon Club has no better ambassador than Irwin Tani.  Since joining the club in 2009 (he almost joined in 2008 but his season ended with his left forearm and hand in a cast!), he has helped shaped the club as a past president and as one of the folks behind the scenes with the club’s web site.  A runner before he started doing triathlons, Irwin was non-active for some of his adult life until he started training for the Go! St Louis Half Marathon in 2008.  A running injury led him to consider some cross-training activities and so he started swimming.  He eventually went to Big Shark and ended up buying his first “adult bike” (having not ridden one since he was a kid!).  Irwin’s first minutes with this new purchase included trying to fold the bike into the trunk of his car (Thankfully, a Big Shark employee came running out and showed him how to detach the front wheel with the quick release).  But it wasn’t smooth sailing at first!  Irwin admitted, “I never figured out how to get on the bike and get started so I’d find a fence or a lamppost, clamber up on the saddle all while holding on to said fence or lamppost.”  Irwin actually started with clip in pedals (what?!) and on his very first ride on the bike he had quite the adventure: “I decided to walk down to the Riverfront Trail, hopped on and off I went.  I was loving it at first, and shifted down to some harder gears.  Then I got to the hardest gear and thought, ‘How do I shift back up?’   I had no clue!  The bike had thumb shifters so downshifting was a piece of cake.  I turned the bike around and started heading back stuck in the big gear.  Of course, a nice headwind was mocking me all the way back and I bonked before making it all the way back.”  And from that fun adventure, a triathlete was born! 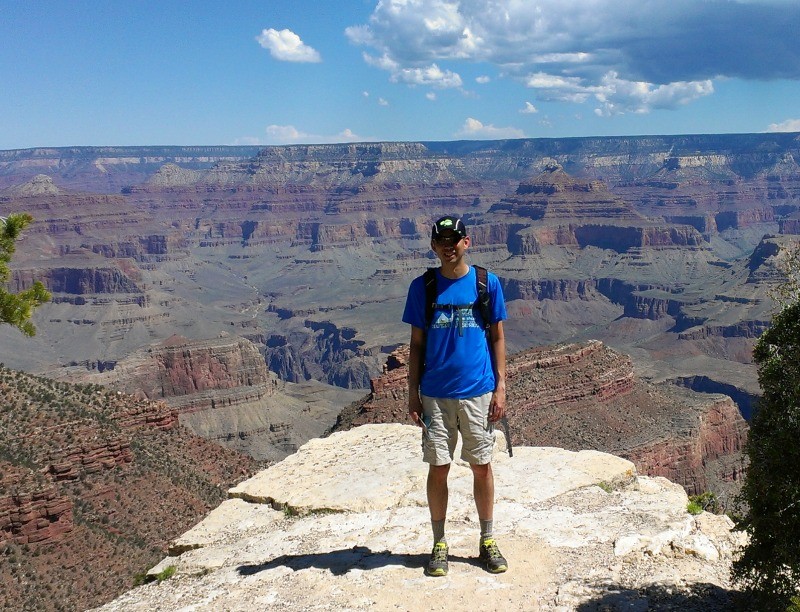 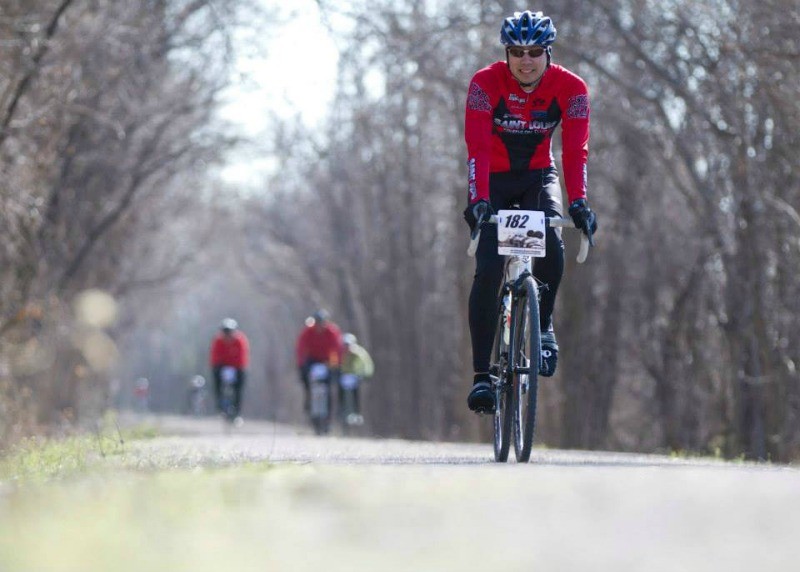 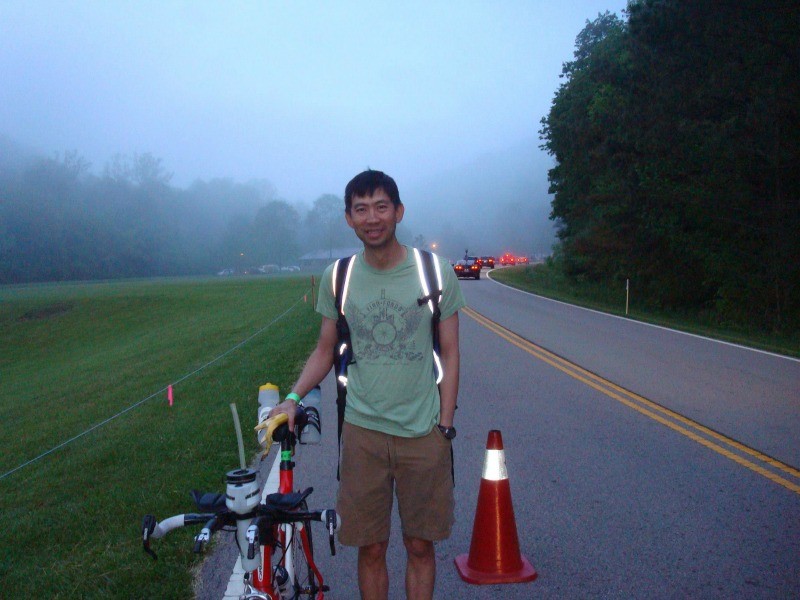 When he first started participating in the sport, Irwin would do 8-10 triathlons a year but has recently de-escalated to a modest 2-4 races a year.  He likes to participate in races that he has never tried before – and might even pick a race because it represents a race location he has never visited!  Even though he still thinks fondly of Ironman Coeur d’Alene since it was his first Ironman filled with scenic spots and fellow tri clubbers, he noted that his favorite race so far has been Savageman in Maryland which he completed in 2011.  This “unique” venue includes a swim course with turn buoys in the form of a giant inflatable turtle and a swan-shaped boat.  And the bike course?  “It is extremely hilly, sadistically hilly some might say, and there’s a section on the course nicknamed the Westernport Wall.  … it tops out at a 31% grade and if you make it up without putting a foot down or crashing, your name gets engraved in a brick and that brick is laid into the road.”  So if you go to this race?  Keep your eye on the road because Irwin’s name is etched in stone there!

Irwin has some great advice for folks who are new to our club – and the sport.  Like many members have noted in my own tenure in our club, Irwin reminds folks to not be afraid to ask questions.  He mentioned that “the sport can seem daunting if you’re just starting out, but don’t feel like you need a closet full of gear right away.”  The advice Irwin told me that day long ago when we were sitting on the grass was also another comment he made:  “Don’t avoid a sprint tri thinking it’s too short.  They’re a great way to get introduced to triathlons without a huge investment of time and money.”  He also suggested that another way to get more familiar with the sport is to volunteer or spectate at events and join some of the weekly training events! 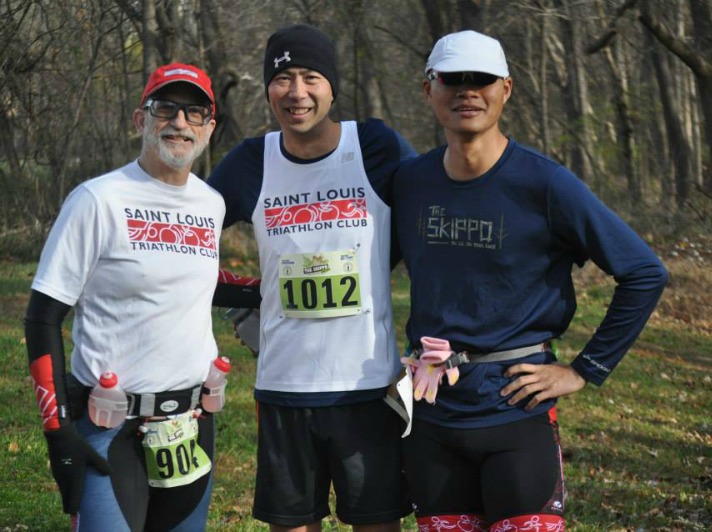 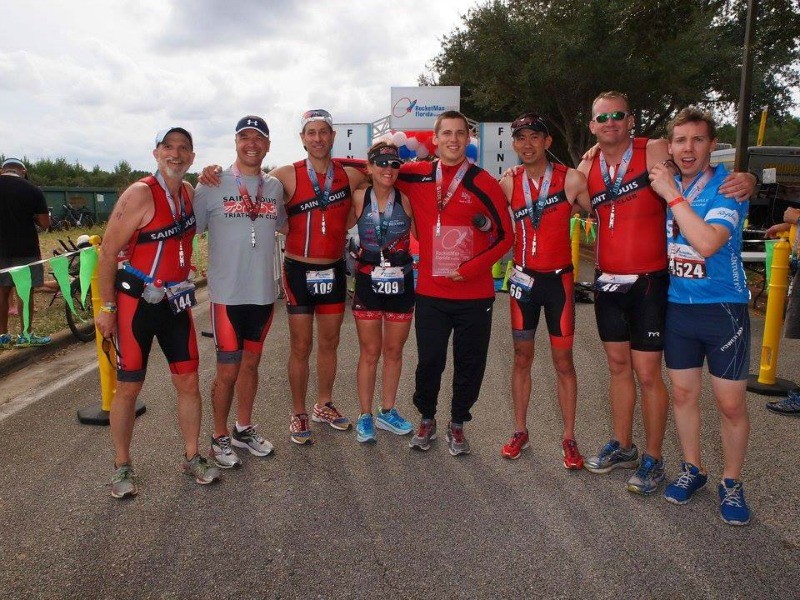 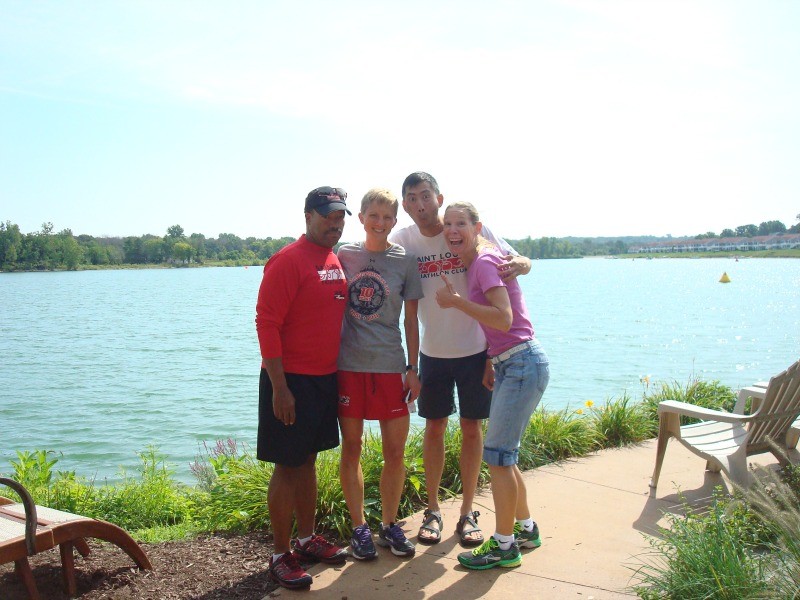 I hope that new members get the chance to relax with one of our more veteran members – like Irwin – when you are at a race or at a social event.  That moment sitting in the grass waiting nervously for my husband to return to the finish line taught me that we have so much to learn from each other – and that the St Louis Triathlon Club is full of adventurous and mentoring members like Irwin!