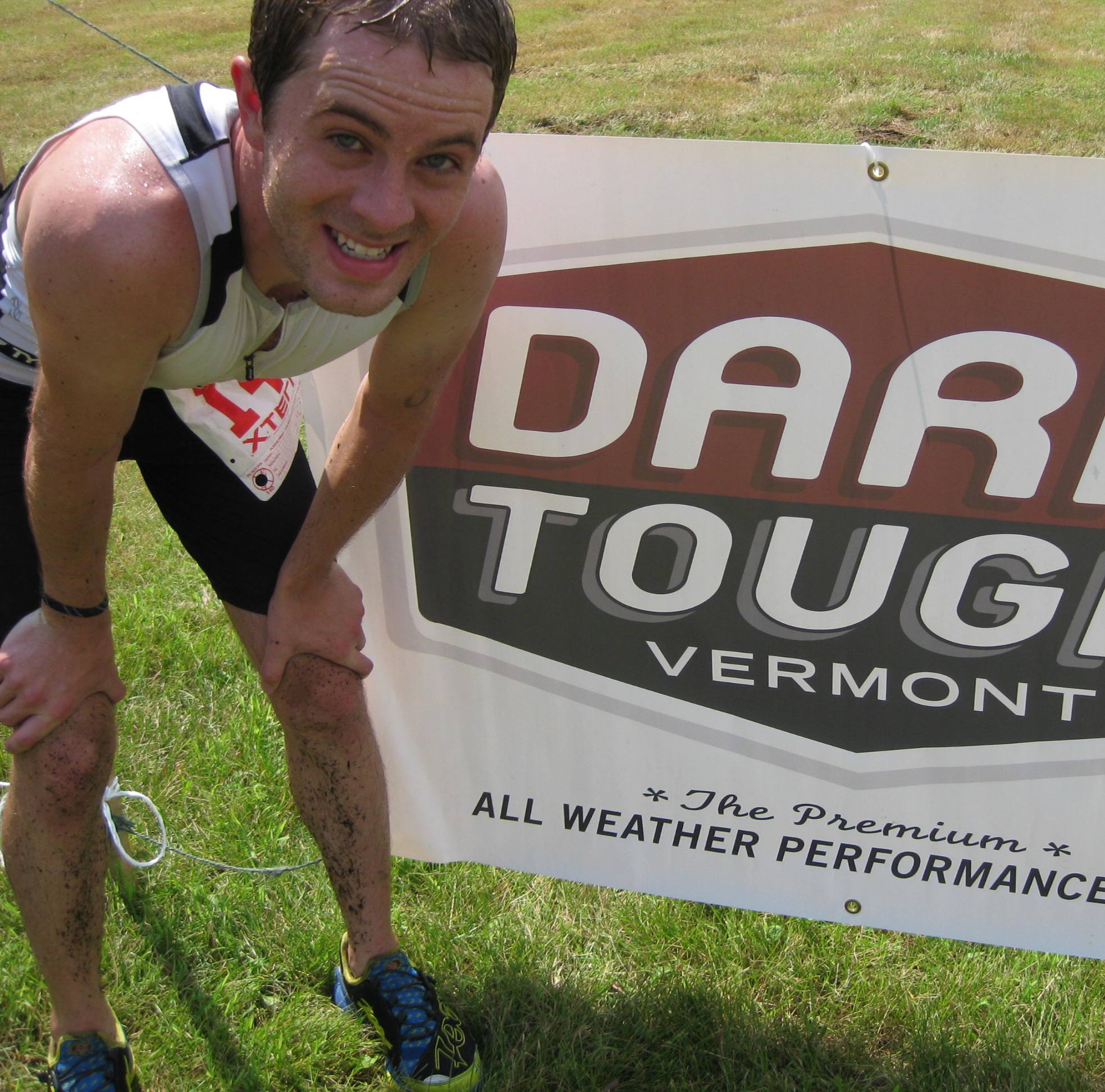 Posted by Irwin
I was born and raised in the MetroWest Boston area through high school where my endurance racing days began with the cross country and track teams. College brought me to Pennsylvania and for six years I “studied” engineering. It was here I developed my passion for cycling, specifically mountain biking as part of the club cycling team. I then moved to Vermont with my partner, took up skiing, and returned to sprint triathlons after several years. We moved to Saint Louis in September 2013, and am excited for the next chapter and to train with club members for half and full distance races. Aside from triathlon I enjoy mountain biking and cyclocross, cross country skiing and hiking. I enjoy doing all my own bicycle assembly and maintenance work and have even dabbled a bit with frame building.

When/where was your first triathlon? After several years of volunteering as water rescue for the local Lion’s Club Triathlon, at the age of 16, I decided to give it a try. With a bike 15 years my senior I set off and never looked back. I have raced that course many times since. It is where I discovered that surfing and triathlon wetsuits are not the same, and aero gear doesn’t always equate to a faster bike split.

What is your favorite and least favorite gel flavor? I don’t pay too much attention to flavor since I usually grab a few free one’s after a race. Most of the time I combine the flavors with water and extra salt in a small bottle. I will note that chocolate gel is particularly repulsive after fermenting in the the sun for a few hours, or days.

What is your favorite thing about triathlon? I have always loved the diversity of the sport. An average skill level in all three disciplines can often outperform a high skill level in one or two disciplines. It is also nice to be ranked in age groups, because let’s be honest, most of us aren’t gunning for the overall win.

Tip for new (and veteran) triathletes? Don’t underestimate the importance of transitions, especially in short distance. It is free time! Take 5 minutes before each race to walk through every step of the process several times… shoes, helmet, glasses, race-belt. Or, take it a step further and practice at home. Just be ready for wet and/or sandy feet come raceday.