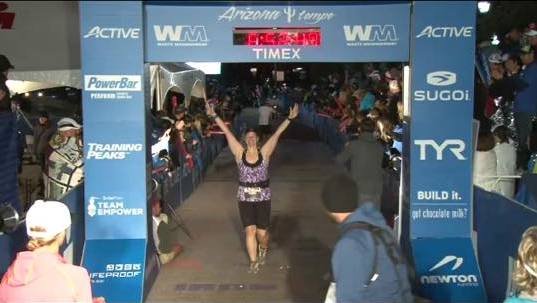 Posted by Scott
· No Comments

Great job and a very inspiring story Carrie! Way to be an IRONMAN.  Check out Carrie’s journey as it was featured in the Post Dispatch: Florissant woman goes from couch potato to Ironman competitor.

Thank you for sharing your story Carrie, the St. Louis Triathlon Club is proud to have you amongst it’s membership.

This story complements other Tri Club members who were also recently featured. Tara Bakker our Past-President was featured in the Post Dispatch after conquering Ironman Whistler shortly after back surgery. Our Board Member at Large Scott Kolbe was featured in Small Business Monthly as a fittest CEOs.  JP Palmer-Schuyler our President-Elect was featured in Webster-Kirkwood Times. Bill Sanders past Vice President, webmaster and Membership coordinater was featured in the City of St. Peters, MO publication. Club member Jane Klutenkamper was also featured in Daily Journal.  Great job everyone. Keep swimming, biking and running!