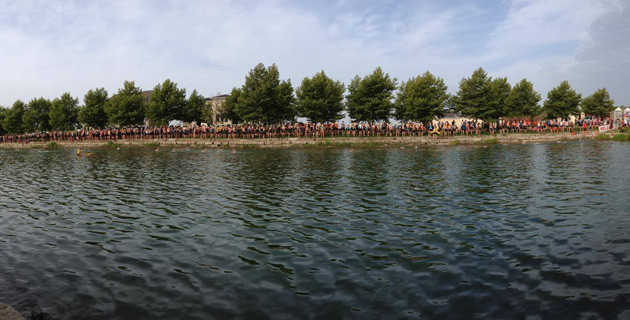 Posted by Angela Haarmann
· No Comments

Also new this year was the swim start and swim exit location. The swim exit of previous years became the new swim start position which meant a counter-clockwise swim course for the athletes. The corn was high and the winds were relatively calm out on the bike course. The sun came out and the temps started to rise by the time most reached the run course.

Over 100 kids kicked off the weekend in their own triathlon on Saturday, the 12th, before the adults had their fun the very next day. Tri-clubbers were out in force on Saturday volunteering at the kids tri and again on Sunday both volunteering and racing. 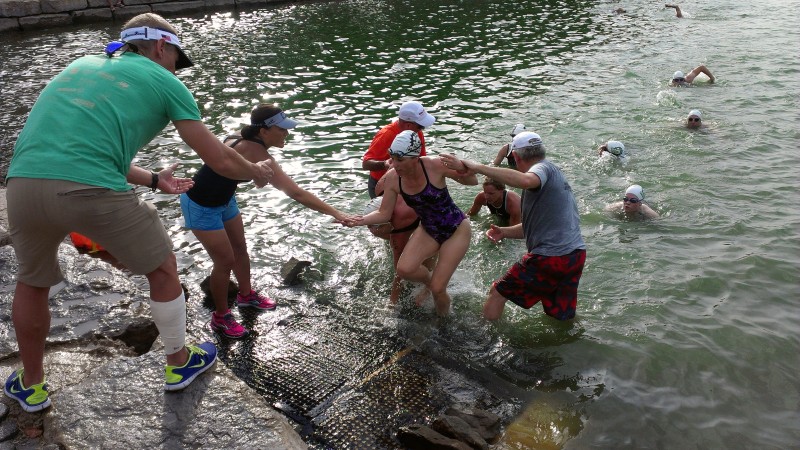 Congrats to all the finishers!

Edgar A. and Andrew K. – 1st and 2nd in their age group in the new sprint race (Photo by Brent Newman)

Betsy P. is ecstatic to be on the podium in her age group. (Photo by Brent Newman)

After the debut of Route 66 half-iron last year, Tri Harder Promotions brought it back for a second year. Saturday, July 26th was one of the warmest days of the summer which made the day challenging especially for the half-iron racers. The other two already established races, the olympic distance IronAbe and sprint distance Stoneman triathlons, were also contested on the same day in Springfield, Illinois.

Swim conditions in Lake Springfield were challenging as the strong winds made for a lot of chop on the expansive lake. The winds persisted on the bike and one of the warmest days of the summer made the day all the more challenging especially for the Route 66 half racers.

Special recognition to Carrie Tillott, John Tillott, Deena Siler, and Matt Dirnbeck who all completed their first half-iron. Strong podium finishes were also turned in by these club members: 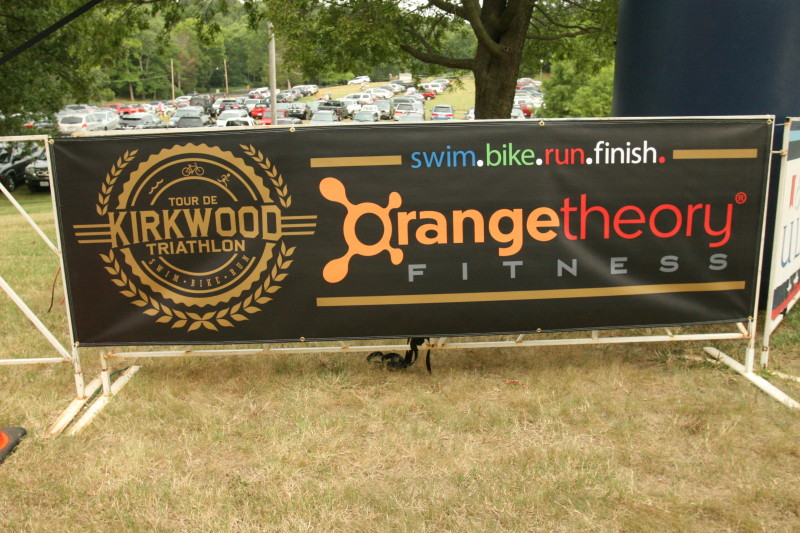 Tri club members were well represented by those racing and also as race volunteers throughout the course as body markers, course marshals, and water station staff. Just over 300 individual racers and 11 relay teams participated.

Marian H. splashes in first while Tim K., Karen B., and Dianna S. await their turn

Mike D. on the run

A smiling Karen B. is glad to be on the run course

Olivia V. keeping pace with a racer until he’s ready for a cup

Service to make you smile. Sadie C. handles it like a pro!

Olivia V. and Sadie C. form the right side of the power arch for the final Kirkwood racer to run under