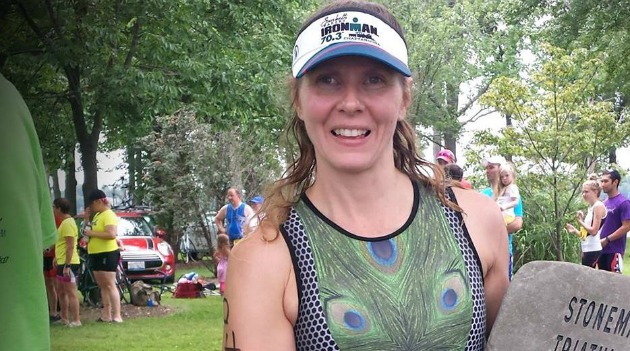 Annette exemplifies the definition of the word ‘TEAM — Together Everyone Achieves More’. Wherever she races, she is constantly looking out for her team and when she is done racing, she is back out there again cheering the rest of the participants on and bringing them through the coveted finish line. Many have seen her appear in her famous “Tigger” costume — before, during and after a race. She is one you count on for support, and her calm yet strong inner energy has consistently helped me and others push through the pain and finish smiling. She is a gem, she is a warrior, she is the ultimate team mate. This is her story.

“Individually, we are one drop. Together, we are an ocean” — Ryunosuke Satoro.

Annette grew up in central Wisconsin and went to Carroll College in Waukesha, WI. After college, she moved to Panama City, FL and worked for a CPA firm for 2 years — “Who could resist the beach after 22 years of WI winters!”. After missing the change in seasons and being close to family, she opted for some middle ground and moved up to St. Louis with one of her college track and cross country friends, who was from St. Louis. After 3 months of living in St. Louis, Annette met her husband Mike and the rest was history. Annette earned a BS in Accounting, an MBA with an emphasis in Project Management. She currently works as a financial controller for Hall Technologies, a chemical distribution company. 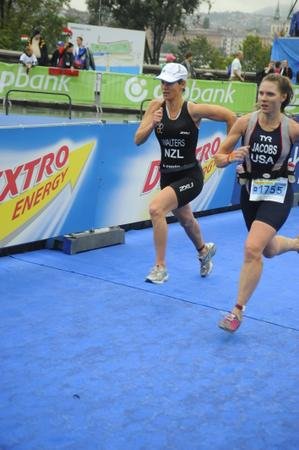 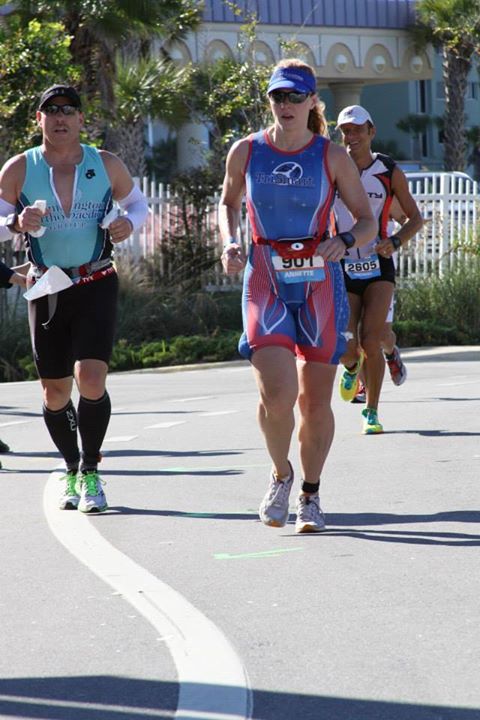 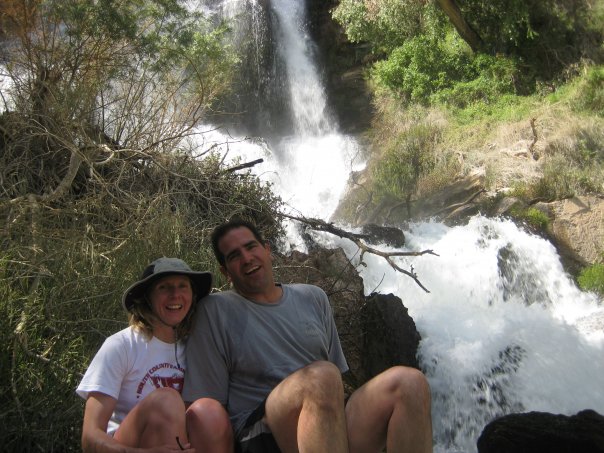 I asked Annette “How did you get involved with triathlons?” and here is what she had to say: “Growing up, my dad always talked about the Ironman in Hawaii and it was something I always had an interest in. It was difficult to get information on races before the internet. I didn’t know of any triathlons until I moved to Florida and signed up for the Gulf Coast Triathlon (a half ironman), which was held in Panama City. This was back when race results were posted in the newspaper, Softride bikes were the big craze, Gatorade was the only electrolyte drink, and races were only advertised by word of mouth! In the fall of 1996, at a duathlon I was racing in, several participants told me about a short triathlon coming up and suggested I compete in that before doing the half ironman in the spring of 1997. And so I did! This was back before tri clubs and the internet. I didn’t have anyone to really guide me and help me with questions like what is a triathlon wetsuit and where can I buy one? I bought a diving wetsuit for the race and ended up doing the doggy paddle for 400 yds. I was the 2nd to the last person out of the water. The 70 year old man who came out right behind me passed me in transition. I couldn’t get my wetsuit off! It took two men – one on each leg and me holding onto a fence to get the wetsuit off over my calves. By the time I left transition, the leaders were already coming back in. All I could do was laugh and start chasing down people on the bike and run. I had a blast and a lot to learn. I ran track and cross country in high school and college, which contributes to my competitive nature and I really enjoy racing. I’ve traveled all over the country to do races. I have done every race distance from sprints to a full Ironman, my favorites being the sprints and half Ironman distances. This year I completed the inaugural Chattanooga 70.3- I would highly recommend the race. I had set a new PR on this course- who would have thought after all the years of racing I could still be setting new PRs 🙂 The scenery is beautiful, on the bike there are rolling hills- not like Innsbrook, more like Clayton Road. The run is bit more challenging with a couple of big hills, but the run through the park, with the kids drawings hung up make you smile, and running over the wooden bridges is really fun. Kansas 70.3 has always been on my list of favorites- a beautiful course and the run is through the camp grounds, so it is a race that my husband will come to. He only comes if he can enjoy the RV or sleep in while I race. The Gulf Coast and Ironman Florida are always on my list because that is where I started doing triathlons. My second year I placed 5th for female Athena at the Gulf Coast Triathlon, it was a huge accomplishment for me and still is one of my proudest plaques.”

What advice she would have for beginners? “Have fun! If you are stressing out over getting your workouts in, change your workouts and make sure your goals are realistic with your lifestyle. Triathlons are a way of life and a way to deal with stress, they should not be creating more stress in your life. I train 6-8 hours per week. When I train for my Ironman, I will increase it to about 10 hours per week. I don’t think I’ve ever trained more than 13 hours in one week.  You do not need to race hard at every race, plan some “fun” races. These are races you do just to get a workout in and have fun. I’ve done several half marathons dressed as Tigger. I have a blast running them with my friends as a fun run. 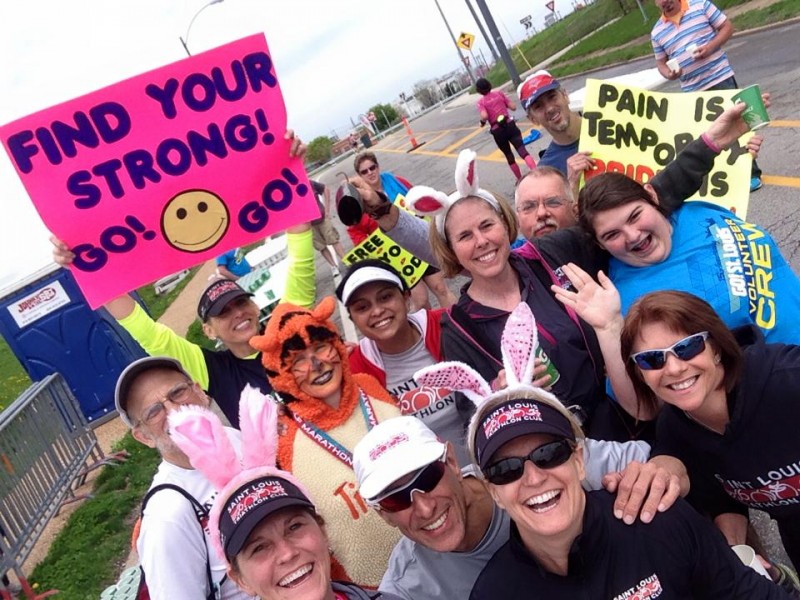 Is there a coaching program that has influenced your training preps and race plans? “I have worked with Jennifer Meyer at Trismart since 2006. It’s been awesome working with her and having her as a friend. She understands the balance between family, work and training. Its not the volume of training you can get in each week, its the quality, the technique and the recovery. Not everyone can put in 15-20 hours per week. My work schedule won’t allow that and my kids all have sports and activities going on.  As much as I enjoy training and racing, I have family time to consider. I like to break my years into 2 racing seasons- a peak (“A” race) for spring and a peak (“A” race) for fall. I plan a week off for family vacation in between the two seasons. I take several weeks off after my last A race every fall and cross train or clean my house (which is always neglected during racing season).” 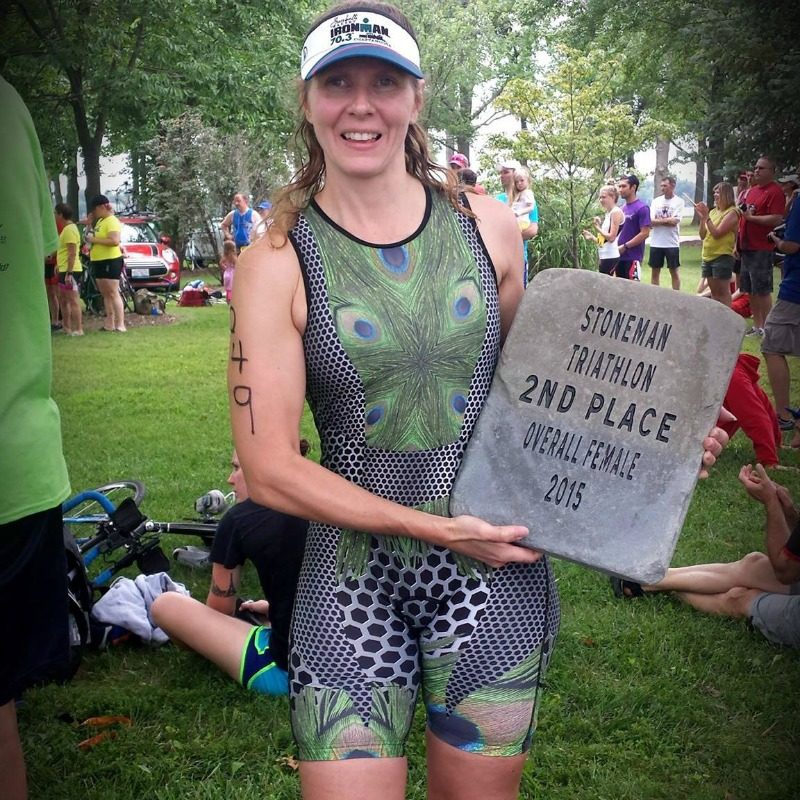 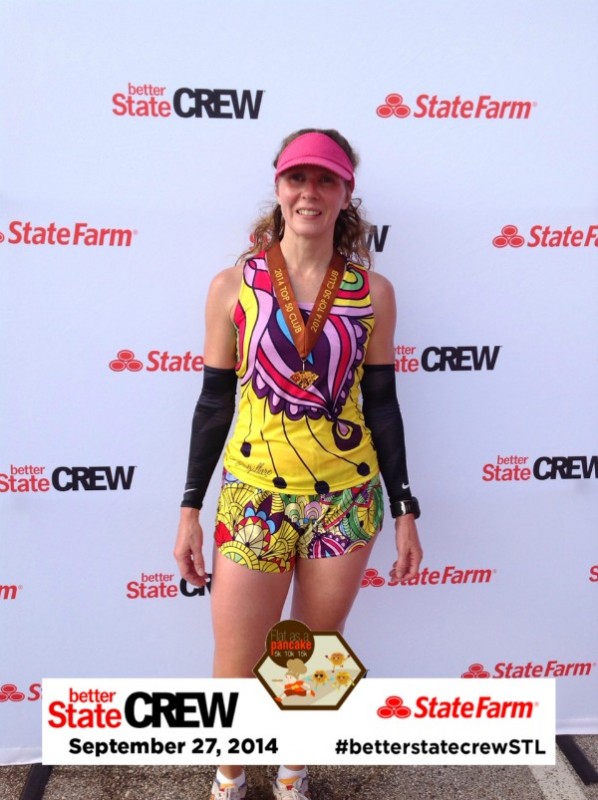 Annette is always a beacon of encouragement, and behind every success comes a strong support system. Here is her’s: “Family- the awesome behind the scenes support that nobody else sees. The enduring family trips planned around the race schedules, the embarrassment of Mom setting up her bike trainer in the parking lot to get a workout in while they are at practice, the gasping for air on the car ride home because Mom just rode her bike for an hour in 80 plus degrees weather and can literally ring out her clothes, the why does the bathroom smell like a locker room support crew. I met my loving husband Mike after being in St. Louis only 3 months. Believe it or not he used to go out for 60 mile bike rides with me and run 5-7 miles with me. Now he prefers off road motorcycle riding and taking out the RV, which does work out well because he likes to ride in the late fall and early spring. I will say he has a lot of patience with my training and racing, especially for all the years I have been doing it.  We have 3 children- Michael, Megan, and Richard. Each one of the kids have their own interests in sports and none of them are interested in triathlons. Oh well! Now that our older two are moving on with their lives- one has moved to Colorado, the other is going to school in San Francisco, they know exactly how to get me to come and visit them. I have one enticing me with a Warrior Dash and Boulder 70.3 and the other Alcatraz triathlon. Hmmm! Which one will I visit first?”

Keep on rocking it Annette!! We are so blessed to be on your TEAM. With every race you endure, you unknowingly inspire others to achieve more, to be better and to conquer their fears. You encompass the group of athletes that are the building blocks of our St. Louis Triathlon Club and for that we are so lucky and grateful.

“Just seize every opportunity you have, embrace every experience. Make a mark, for all the right reasons” — Chrissie Wellington